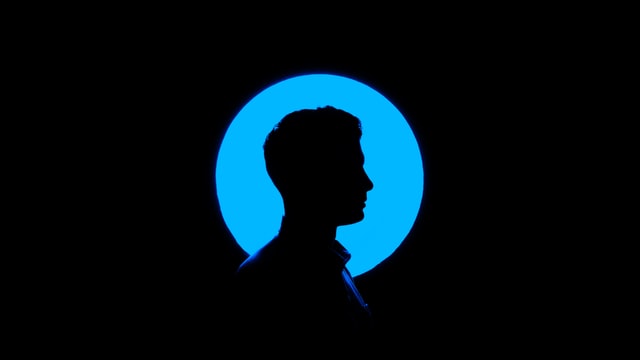 I have been told that I belong to a so-called “upper caste” and from the time I got some sense of the world, I am listening from my relatives and neighbors that Reservation is not letting our people Develop, whereas people from so-called “lower castes” are rising and improving their living standards.

Reservation is the Evil

I used to calmly listen to the above argument until a few years ago, but now, When somebody gives me this, I ask him/her, Will you marry your child/sibling to someone from “lower caste” if he/she has a good economic condition?

The answer comes as an obvious, “marriage should remain an endogamous (i.e. among the same caste) affair.” This, to some extent, proves the hypocrisy of those people.

They want the reservation to go, but they are not ready to treat everybody at the same level.

As I have mentioned in some of my earlier articles, my parents were Farmers. So, we used to have many Buffaloes in the past.

My parents probably didn’t like cleaning up the buffalo’s Dung or maybe that was just too much of a task for them. So, they had employed some people to collect that dung. At that point in time, I had no idea, but now, I know they were from “lower caste” – probably an untouchable one.

Just to give you some perspective, they lived in an Old Panchayat (Village Govt.) Building. The couple had around 10 children. They used to get their Ration through Public Distribution System (PDS). Along with cleaning operations, they reared some pigs, chicks, and a cow.

They had a TV with a DD Free Dish (my father had installed it). At that time, they didn’t have any vehicle, except a cycle, because they used to borrow our scooter.

My father, back then, used to threaten me that I would end up cleaning dung from other people’s homes if I don’t study/act according to his instructions. He also used that family’s caste name as a slur. My father’s orthodox behavior is the reason, I am telling you this story.

His behavior was partially because of that family’s somewhat “Filthy” job and partially due to their lower caste.

At present, one of the sons of that couple, studies with my brother at the Local Government School in 11th Standard. When my Grandmother got to know that, she was kind of in an ‘Awe/Shock’.

Now, because of reservation and government policies, he doesn’t need to pay any fees in college if he wishes to pursue some education in the future. Also, he would probably get a scholarship. But still, chances of him getting graduated are quite low.

Even if he somehow, after all the hurdles faced by him, lands on a decent job. He probably, won’t be able to marry or socialize with someone from a “higher caste” because of his “low caste”.

Some opponents of Reservation claim that If all humans are equal, then why to treat them unequally. But, Can the son of that poor family match my brother in terms of privileges, even if they study at the same school?

This is a definite problem (along with a ton of others) in the Caste System. It generalizes the identity of an individual. Reservation policies in India aim at tackling the inequalities b/w the Castes but they do nothing to addresses the massive inequalities that may be present in the same caste.

Capitalism and Changing the Caste System

When I was a kid, I witnessed the functioning of the jajmani system. We used to get Pots and earthen lamps (for Diwali) from the ‘Ghumaar’ Caste people and whenever there used to be somebody’s marriage, a ‘Naayi’ would give invitations to everybody. Also, ‘Laagis’ would come to our home to help my mom and grandmother on special occasions.

Now, things are changing. The potters are no longer relevant. People light candles or use Electric Lights on Diwali and they no longer drink water from Earthen Pots. Similar is the case with ‘Naayis’ and ‘Laagis’. Joint Families are a rare sight. And a person’s status has started to be known by his work rather than his caste to a large extent.

I have painted a rosy picture of my village above. But, reality may be different at other places where a person might be rejected a job because of his caste or may not be allowed entry into a religious place because of that.
“Jattwaad” Punjabi Songs which openly praise the “Jatt” Caste is also an element that screams in Punjabi Culture to indicate the presence of an intricate web of the caste system in Society.

One anomaly with Capitalism is that people always want more. If you earn 3 Lakh per annum, you want 5 or 10. A person earning 10 lakh would want 20 lakhs or a crore. This ‘want-for-more’ results in dual consequences – on one side, people are forced to push themselves and on others, they are never satisfied.

This is to some extent the reason that Most Farmers (even the well off ones) think that they are poor. Easy credit availability also adds to the farmer’s woes as he spends extra in this capitalistic world on materialistic things (extravagant marriages, vehicles, houses) to maintain this social standing.

So, a person, who might otherwise be financially way better than a lower caste person employed in a factory for a meager 6k-10k, feels cheated by the Government’s Reservation policies.

Also, this is a fact that the Average Landholding size has declined a lot in the last century as people have produced a ton of kids. So, there are genuine people who might fall in the General Category (i.e. have no reservation), but their financial and to-some-extent social situation is just equal to those of the lower castes.

So, this is a problem with the reservation that there are no safety nets for the people who belong to ‘higher castes’ due to their birth but otherwise, their condition is equal to that of ‘lower castes’.

A 10% EWS Quota has been introduced. Let’s see if it turns out to be beneficial for the real-poor or it remains a tool to be used by financial well-offs (who may get EWS Certificates by paying bribes).

This is for sure not an article that covers 100% of Reservation and Caste System. I have just tried to write whatever was in my mind to give some perspective to your opinion. I could have easily used the statistics to prove that lower castes aren’t even-now properly represented in Public Offices but let’s just leave that for some other day and for now, end with the conclusion that Reservation in India, for sure, gives some fire to the Caste System, but it’s still a relevant safeguard considering the consistent lower status of “Lower Castes” in Indian Society.