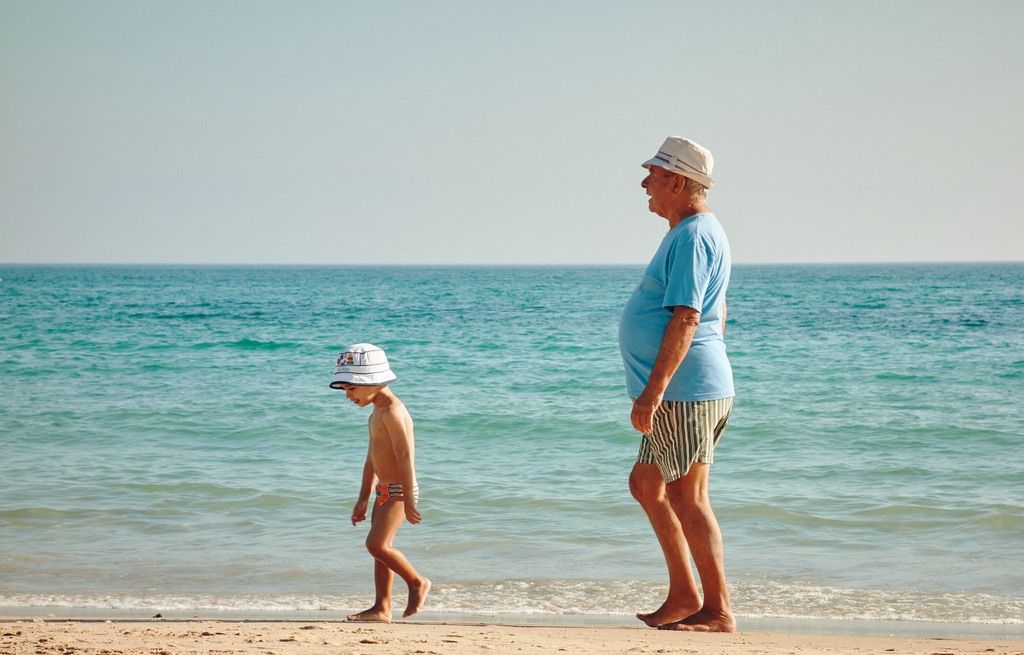 Its human nature to ponder about everything or anything in sight. So, it’s obvious that we come up with questions like – Who created the earth? How humans came into Existence? Where does our creator live? etc.

Here, I can go on and tell you a story from some old holy book. But, Let’s stay factual and discuss the question of ‘Human Existence’ on the basis of Scientific Studies only.

Life on earth at present is just too complex. Looking around, anyone can get stuck into the notion that we must need some creator or designer to reach this level of complexity.

But, it wasn’t this much complex almost. Keep reading to get an idea – What I am talking about?

One thing you should remember while reading about the origin of life or earth is that we are talking about something that had happened billions of years ago.

Science can try its best. But being logical, we can never get rigid about anything that has happened that far in the past.

This is the biggest difference between Religion and Science. And, its also the reason – Why I became an atheist?

We prefer going with the facts and change our perceptions when new information arrives. On another hand, the ‘God Believers’ need to keep believing whatever they were told a thousand years ago.

By the way, this article is in the over-simplified form to help masses understand the logic behind our Existence.

With all this in mind, Let’s start. 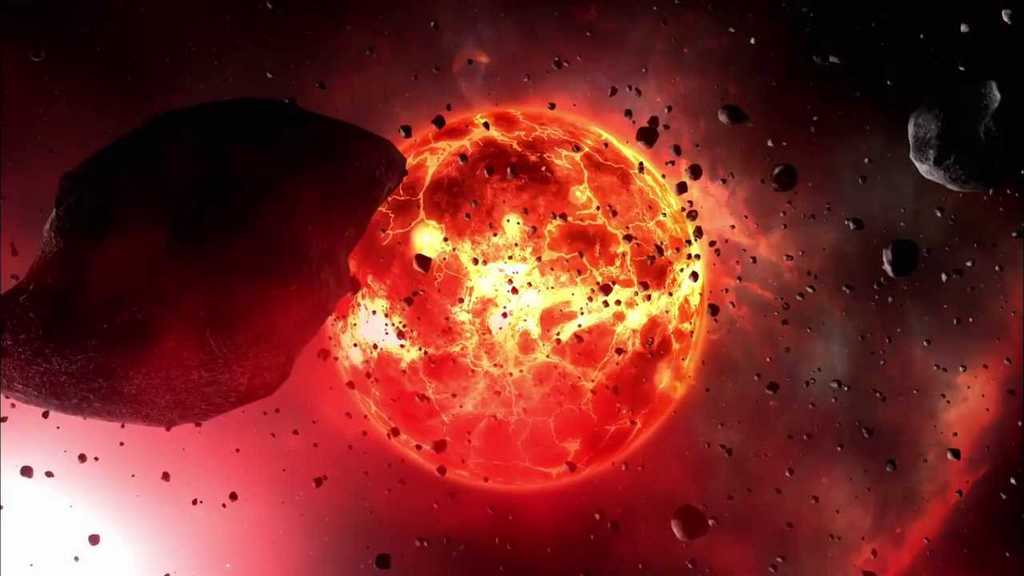 Before the formation of Earth (or even Sun), Solar System [earth > solar system > milky way > universe] was just a mass of dust and gases. Gravity collapsed some of this material forming the sun in the center3https://www.space.com/19175-how-was-earth-formed.html. And remaining material clumped up to form planets like Earth4https://en.wikipedia.org/wiki/Accretion.

After formation, heavier elements sank to the center of the planet and lighter ones floated on the outer surface. This probably gave rise to Gravity5https://spaceplace.nasa.gov/what-is-gravity/en/. 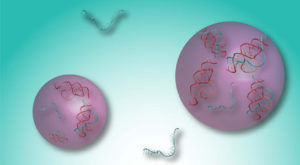 The exact timing of the Origin of Life is unclear. But, evidence for earliest life ‘as of now’ dates back up to 3.4 billion years8https://en.wikipedia.org/wiki/Earliest_known_life_forms#cite_note-LS-20130317-30.

Living organisms are made up of Organic Compounds9https://sciencing.com/four-compounds-compose-living-organisms-7326618.html. So, for life to originate on the early earth, it would have needed organic compounds.

In 1953, a researcher had performed an experiment that showed how organic molecules could have formed on early Earth from Inorganic Precursors (which were present in abundance)10https://simple.wikipedia.org/wiki/Miller%E2%80%93Urey_experiment.

These compounds possibly had formed the basis of Life on Earth11https://simple.wikipedia.org/wiki/Origin_of_life.

Early Life Forms were literally very simple. So, it’s possible for them to arise on their own through natural processes in long periods of time (1000,000,000 years) [NO GOD NEEDED]12https://www.livescience.com/1804-greatest-mysteries-life-arise-earth.html. 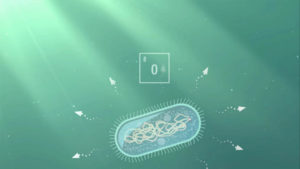 Today, most species on earth need Oxygen to survive. It helps in the production of energy.

Until 2.4 billion years ago, the concentration of oxygen in the atmosphere was very low. Actually, organisms of that time didn’t need it at all.

But then times changed and Bacterias started releasing a large amount of oxygen into their surroundings13https://en.wikipedia.org/wiki/Great_Oxidation_Event.

This resulted in the extinction of organisms which were sensitive to oxygen. But, it also provided a suitable environment for the emergence of organisms who could use oxygen14https://www.sciencedaily.com/releases/2013/01/130117084856.htm.

This way, a new era of life started. And living organisms started to get complex.

Many species on earth, at present, reproduce through Sexual Reproduction. It basically means that two members (a male and a female) of that species come together to have sex and then one of them (usually female) gives birth to babies15https://en.wikipedia.org/wiki/Sexual_reproduction.

But, up until 1.2 billion years ago, organisms had no idea about it. They had other ways to produce babies rather than having sex16https://www.cam.ac.uk/research/news/earliest-evidence-of-reproduction-in-a-complex-organism.

Actually, as discussed above, sexual reproduction involves two organisms. During the process, their genes get mixed and an offspring having those mixed genes is born.

After the introduction of sexual reproduction on earth, more diverse species started to emerge and everything was transformed19https://en.wikipedia.org/wiki/Evolution_of_sexual_reproduction. 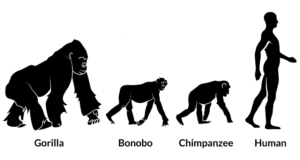 Now, as you are somewhat known to the process of how life originated from almost nothing, we can move on to how humans came into existence.

I can go on and reference some organisms having ‘Greek names’ but that won’t help us. So, let’s just try to get an overview of what may have actually happened once organisms started reproducing sexually.

All the animals have developed from a common ancestor which had just a single cell20https://en.wikipedia.org/wiki/Choanoflagellate. That ancestor had come into existence around 900 million years ago. Have a look at its image below: 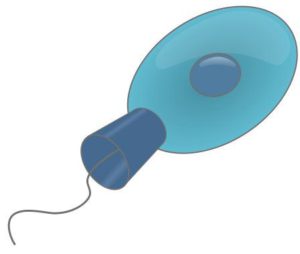 A brief summary of how Humans have Evolved

Now, animals evolved further. And a species of worms emerged which had a heart24https://en.wikipedia.org/wiki/Acorn_worm. This heart also used to work as a substitute for the Kidney. These worms even had gill-like structures (which are used by underwater creatures to breath).

The first species of fishes appeared25https://en.wikipedia.org/wiki/Ostracoderm. They lacked Paired fins and were jawless26http://www.ucmp.berkeley.edu/vertebrates/vertintro.html.

Further evolution gave rise to animals which were able to survive both in water and on the land (amphibians). These animals had properly developed Lungs30https://en.wikipedia.org/wiki/Ichthyostega.

Their legs were weak and weren’t able to support even their own weight. But, eventually, it got better.

Frogs are an example of present-day amphibians31https://www.brown.edu/Departments/Engineering/Courses/En123/MuscleExp/Frog%20Respiration.htm.

From amphibians came the first reptiles32https://en.wikipedia.org/wiki/Hylonomus. These animals had sharp teeth and probably ate early insects. Reptiles had a better nervous system. They could lay eggs on the surface of the earth. This provided them the capability to colonize the land.

Lizards are an example of present-day reptiles33https://animals.sandiegozoo.org/animals/lizard.

Finally, mammals got into existence36https://en.wikipedia.org/wiki/Juramaia. They had better jaws and many other features.

Mammals are animals which nourish their babies with milk from their mammary glands (breasts)37https://www.britannica.com/animal/mammal.

Humans are examples of present-day mammals.

Ancestors of Monkeys and Apes came into existence38https://en.wikipedia.org/wiki/Euarchonta. They had claws and eyes on the side of the head, making them faster on the ground than in the trees, but they began to spend long times on lower branches, feeding on fruits and leaves.

Early species of Monkeys and Apes came into existence39https://en.wikipedia.org/wiki/Proconsul_(mammal).

Common ancestors of Chimpanzees and Humans lived around this time41https://en.wikipedia.org/wiki/Sahelanthropus.

All the above events have taken a very long time. It wasn’t a matter of a single day or a single year. We have taken billions of years to reach our present condition.

Actually, life is just about adaptability. If an organism adapts to the changing environment then it survives. Else its species get extinct.

As we had discussed in the Sexual Reproduction passage, mutations help us in adapting better to our changing environments. And, sexual reproduction is the best way to bring those mutations naturally.

Mutations are nothing but changes in gene structure.

So as the genes are not able to foresee the future, these changes can be either good or bad.

If those changes will be good, then the organism adapts and survives. This is called Natural Selection. It’s purely based on probability.

It’s just an example. You can ignore its practicality. Just try to get the basic essence.

Suppose there are two people, they aren’t ‘Astrologers’. So, they have no idea about the future.

They live in the forest and need to survive there. Thankfully, they have some plans.

Now for the sake of this example, let’s limit the future to two consequences only i.e. summer and winter.

Whatever comes (summer or winter), one will surely die because of his lack of adaptability. And another one will survive through natural selection.

Almost the same scenario happens in real life too. Over long periods of time, the environment keeps changing. Early earth had no water, then water arrived. Initially, there wasn’t any oxygen available, this changed too.

Now as humans are expanding so much, we are destroying habitats of other species. In day-to-day urban life, it gets almost impossible to trace this. But, this just keeps happening.

So, the organisms which will adapt to these changes will survive while others will get extinct over a long period of time.

How big role does probability play?

It will be really hard to digest for most people but we today are here because we were really lucky.

Else, if our ancestors could have adapted in a different way, then some other species maybe holding the crown of this era.

Even you have born because you were quick enough to reach your mother’s egg. Else, Millions of other sperms were swimming with you in that race. Its just probability dude.

Now, in the future, if our species adapted properly to the changing environment, then we will survive. Else, human madness will be over.

Maybe a nuclear blast will be the end of our species.

And, then some new species will arise as it has always happened on this earth. Those guys will have different assumptions of God, Universe, and creator.  Everything will start from almost scratch.

As we have discussed above. Humans have taken 4,500,000,000 years to reach the state where we are at present. There has been enough evidence that we have possibly risen automatically from inorganic compounds.

Now, the rest depends on your own beliefs. Either, stay stuck in the same old illogical stuff or move on with something new & logical.

If you think that I am just too much biased about the Non-Existence of God. Then research yourself, dude.

People even say that ghosts exist. I have summarised my findings in an article, you can read that here.